This is a guest post by Frances Uku, a recent grad of Harvard University’s A.R.T. Institute, from which she received an MFA in Acting. She has also studied at the Moscow Art Theatre School, Atlantic Theater School and The Second City Conservatory in Los Angeles. Find more about her on Twitter, Google+, or IMDB.

Like any nosy New Yorker, I first encountered Sophie Blackall on the subway. I most often ride the F line, and found myself pleasantly surprised one day by the depth of feeling in the illustrations above me. Blackall is a children’s book author, born in Australia but currently based in Brooklyn, and would likely not mind the neat line one might draw between her and Maurice Sendak.

In 2011, Blackall was selected by the MTA Arts in Transit program to create a series of art cards depicting life in Gotham City. Thousands of these posters currently ride around the NYC subway network, so on any journey through Manhattan, Brooklyn, Queens, or the Bronx any time in 2012, they’d be difficult to miss. 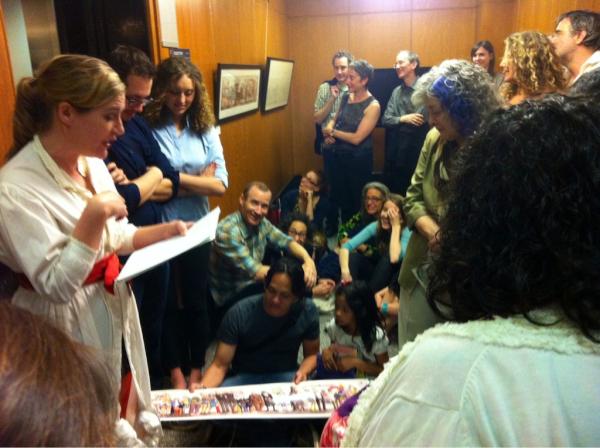 Her current exhibition, Drawn from my Father’s Adventures, opened at the Brooklyn Public Library on 7 June 2012, and officially kicks off the New York Public Library Summer Reading season. The show features Blackall’s own illustrations, as well as mementos of her travels with and by her British-Australian father, through the Australian outback, Japan, Germany, East Africa, China, and Kathmandu. 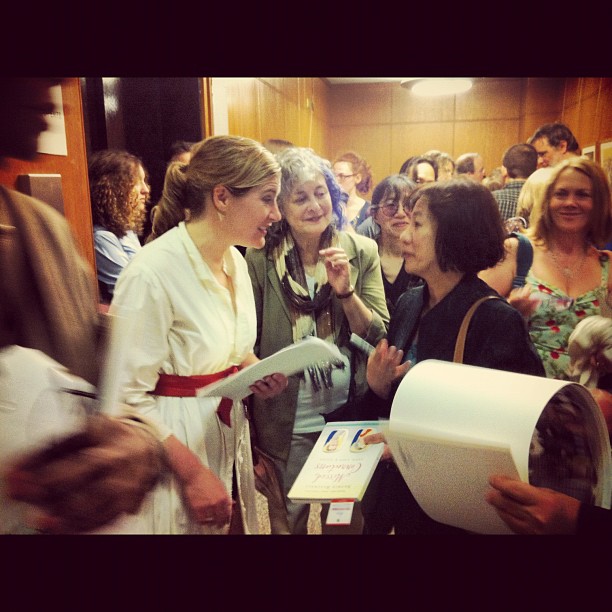 While addressing her packed, wildly-diverse audience of fans, Blackall shared a few of the letters she has received in response to her public art commission. All quite moving, and all very direct. We are very much in New York City, let’s not forget. I particularly enjoyed the correspondence Blackall received from two classes of subway rider, the first being those who believed themselves to be the very persons portrayed in the subway posters (“You drew me, I’m the rabbi in the black hat”), and second, those who felt slighted by their exclusion! (“You put no Sikhs in these works, why?”) 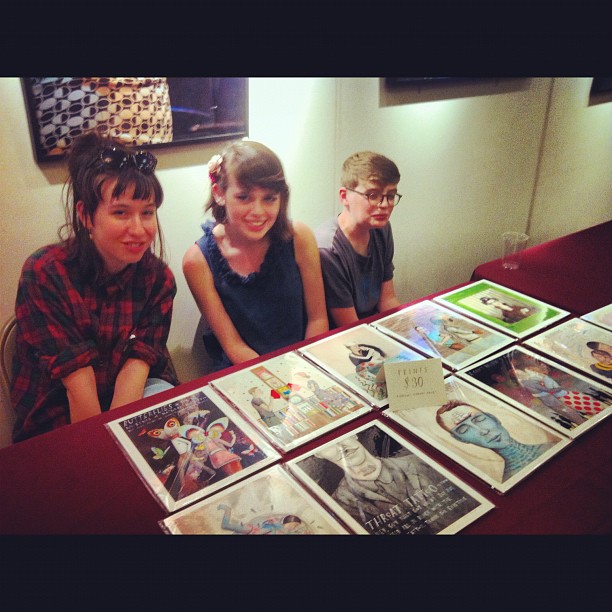 As a foreigner myself, I’m always moved to ask writers and other artists to share their “green card story.” Blackall’s was less colourful than I’d hoped – she won the diversity visa lottery over 10 years ago and promptly chose to take up permanent residence in the States. (Luck does seem to favour Australians in this department – Blackall is the third Oz-to-Brooklyn transplant in my circles, and all three are writers!)

In its simplicity, Blackall’s work belies great power and heaps of humanism. A most welcome distraction for weary straphangers, such as myself.

Drawn from my Father’s Adventures runs at the Grand Army Plaza branch of the Brooklyn Public Library until 24 August 2012. 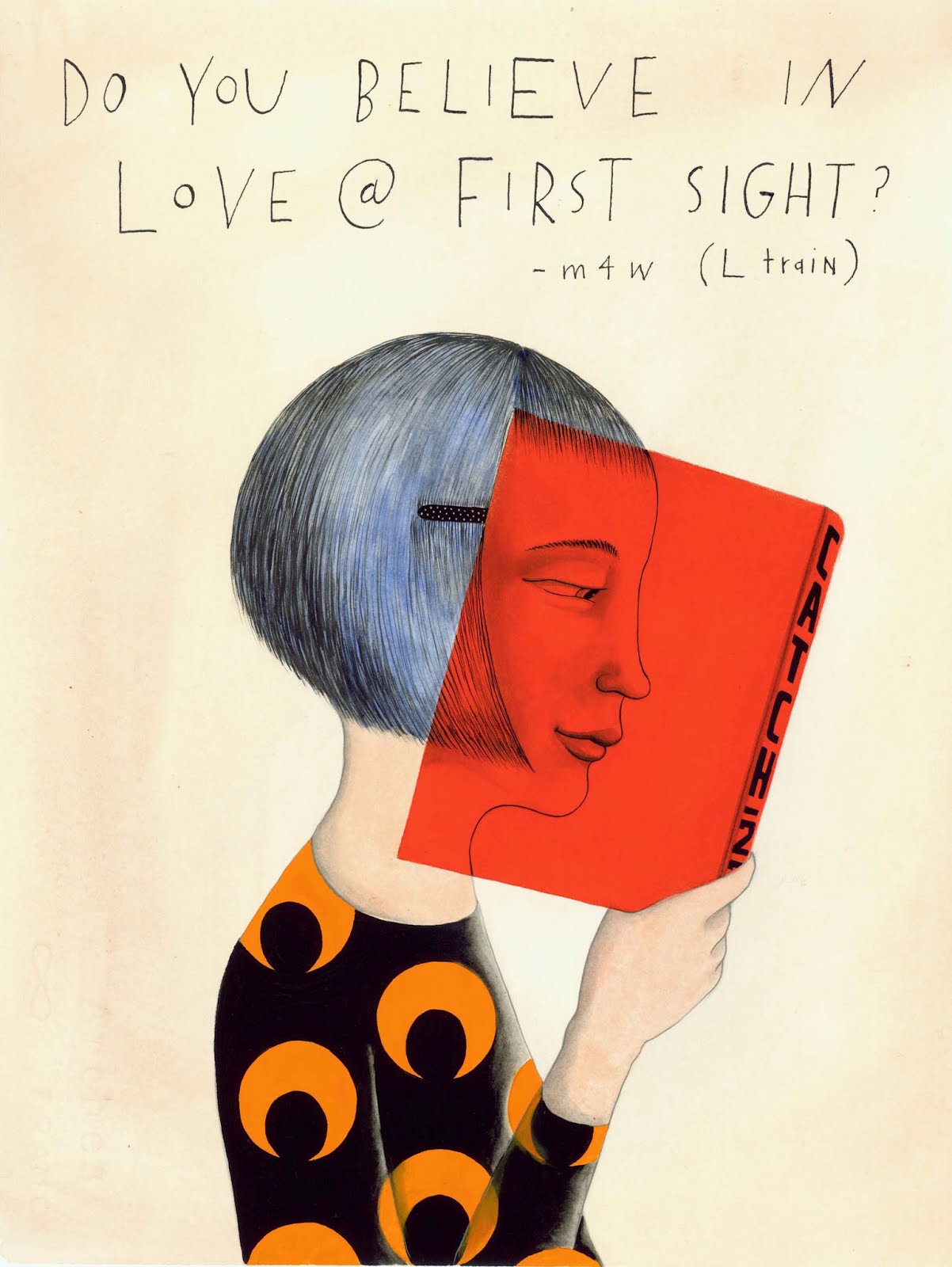 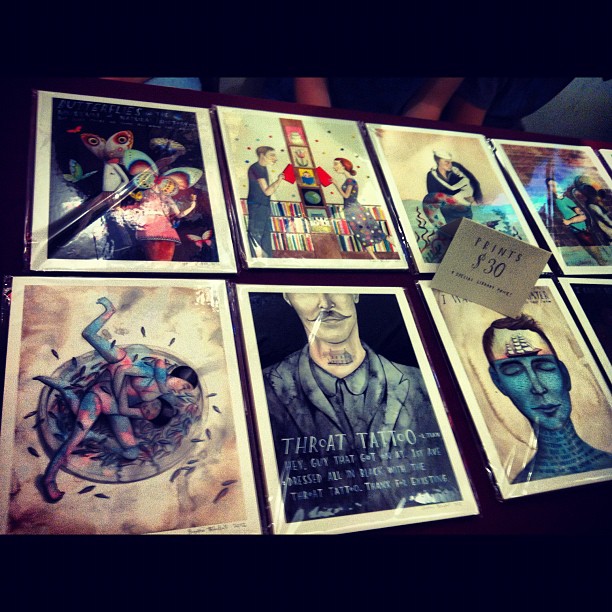